We had an amazing 3 days at Gameacon, in Atlantic City we met a lot of new players who loved the combat mechanics and enjoyed our new combat demo.

We also made some new friends. Alexander (Alex) and Alexander (Alek) from Schism Worldwide with our own Alexander (Sasha) prove just how many Slavs there are in gaming (and just how common the name Alexander is in those former Soviet countries.)

Like in Boston, we also ran our Legacy of Svarog Arena, at one point we had the top 3 scores battling head to head to get another one of our latex swords from Epic Armoury. We took a few pictures while we were there that you can check out on our Facebook page. I will say though these guys at Gameacon blew away the high scores we got in Boston, maybe it was because Gameacon also hosted a Smash Bros Competition so it brought out a particular type of gamer.


In the end, a latecomer named Mason finished the Legacy of Svarog Arena in the fastest time with 1:25. Mason took home a noble sword by. Vasilisa's daggers were the clear speed winner this round.

Mason came and not only beat our all time fastest score but also the all time high score over at Schism Worldwide and their game Red Barton and the Sky Pirates.

But probably the most exciting part of the weekend for us was being nominated for not one, not two, but THREE Gameacon awards! Including a Game of the Year nomination.

Posted by Unknown at 9:08 AM No comments: 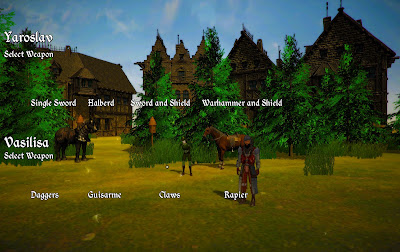 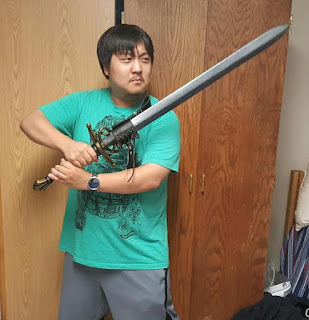 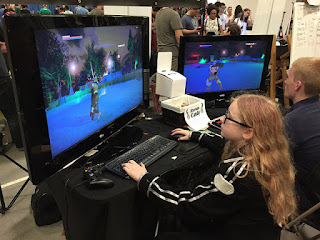 Guard Up! Gets first look after giving the Legacy of Svarog dev team some lessons.

A few months ago we took a private lesson with Jacob at Guard Up who was very knowledgeable in fighting with many types of weapons of that era. After a one hour class Alexander was armed with new knowledge with how to make the weapon fighting as realistic as possible for Legacy of Svarog.

Yesterday we had the pleasure of returning to Guard Up! in Burlington, MA to show them what their Medieval sword fighting lesson has done for Legacy of Svarog. While the school was closed for upgrades we brought the Arena build we are bringing to Boston FIG this weekend and they were the first to give it a try. Needless to say they were quite happy with the realism that most games ignore in their combat. 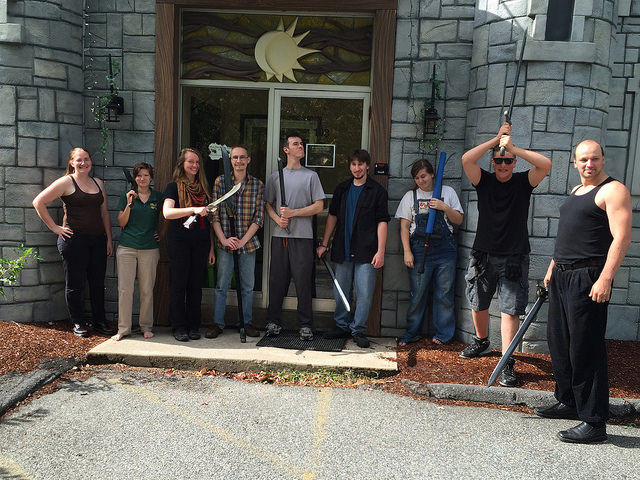 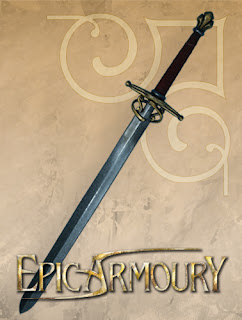 While there we also purchased a Noble Sword by Epic Armory. A latex and foam LARP sword, hand made in Denmark. The sword will be given away as a prize at Boston FIG to the player who completes our demo in the fastest time.

Guard Up! was also very generous to give us 40 passes for a free week of sword fighting classes as well as some buddy night passes for a player a friend to give away to players who complete the demo or are just all around awesome at Boston FIG.

Hope to see you there!
Posted by Unknown at 10:00 AM No comments: